Chateau Morrisette Winery hosts an open-air end-of-Summer celebration in the tradition of harvest festivals by serving select wines, traditional German festival beers and a craft Deschutes IPA with delicious grilled bratwurst and spectacular views of the Blue Ridge on Saturday, September 10 from noon to 5p.

The winery courtyard has limited seating in and around the listening and dance tent, so plan to bring camp chairs to enjoy the Dancing Chicken Band, who'll be playing pop, country, and reggae to suit whatever your dance style may be!

Admission is free. Beers including hefe wiezen, Oktoberfestbier, and IPA styles, wines to complement the grilled goodies, and other foods to accompany the brats available for purchase.

All About the Cider from Chateau Morrisette Ciderworks

This one was fun. We are winemakers. That means for most of the wines we make, our ingredient list includes grapes, yeast, sugar, and a few other additives we use in tiny amounts. Then, there were ciders! We were tasked with making three different flavors of cider and it was a blast! We decided from the onset to use all Virginia grown apples and real spices you are familiar with and can pronounce (except Cardamom perhaps, but if you’ve never had it, you should try it). We worked with Wades Orchards in Woolwine, VA; Silver Creek Orchards in Tyro, VA; and Murray’s Cider Co. in Roanoke, VA to grow the apples and press them to juice as our grape presses are not suited to processing apples. Next, we brought our freshly pressed juice to our winery in Floyd, VA where we fermented humble apple juice into incredible, delicious hard apple cider.

The barrel-aged cider was fermented and aged in barrel and its pure, clean, understated simplicity speaks for itself. I think you will agree.

And then, there were the flavors. We started with Chai Spiced cider. Our lab is typically full of complicated equipment and

chemicals we use to analyze grapes and wines. However, when we were working on cider, we brought in whole vanilla beans, whole cardamom pods, whole cloves, whole peppercorns, cinnamon sticks, and ginger juice to meticulously trial our own blend of Chai until it was everything we hoped it would be. At this stage, we made a small batch of Chai Spiced cider and subjected the beta blend to the ultimate test—our scrupulous wives… They were unequivocally impressed with the cider, which gave us the poise to confidently move forward commercially.

Next, was the third cider. We wanted to make something original, yet approachable. We started playing with the idea of adding our own Cherry Wine to the apple cider and, while we liked it, it wasn’t interesting.  It was too close to the Cherry Wine, so went back to the drawing board and almost threw out the idea altogether.  Then, we had a flash of inspiration. What if we could elevate the Cherry cider to something more with just a simple, novel use of ginger? Preliminary trials were promising. Subsequent trials were more than promising. You get the concentrated flavors and aromas of cherry and apple with just enough ginger to intrigue your palate with the flavor, but not enough to get the heat ginger can bring in excess. We moved forward with the idea and the final product is something that all of us at the winery are all especially proud of.

Currently, this is a small-scale release to trial the different flavors we’ve developed in the tasting room before we scale up to broader distribution. If you like these and want us to keep making them, you have to let us know! If you haven’t tried them yet, come to the winery, try them, and please tell the associate pouring for you which cider is your favorite (all three is an acceptable answer).  Ciders will only be tasted on certain days at certain times.  Please check the website for more information. 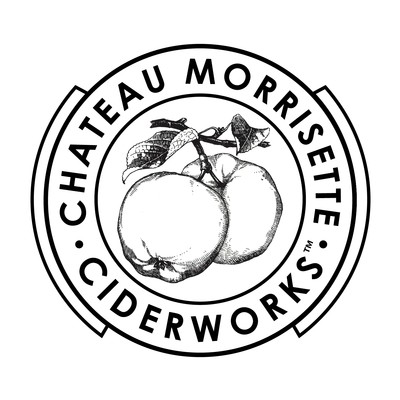 After more than three decades of offering wines, Chateau Morrisette plans to soon add cider and eventually craft beer to its palette.

The family-owned Chateau, located south of Floyd off the Blue Ridge Parkway, is slated to begin serving its own three ciders in August in an effort to meet growing interest in craft beverages.

The winery, a regional wine tasting destination since it opened in 1982, has also filed for a beer license with the Virginia Department of Alcoholic Beverage Control as part of long-term plans to establish its own brewery.

“We’ve seen the growth and popularity of cider and craft beer. Growth in those products have been exponential over the past couple of years,” said Chateau spokesman Keith Toler.

Much of the growing interest in craft beverages is being pushed by millennials — a roughly defined demographic group of adults aged between 20 and 40 years old — “who want to experience new products, new tastes and new flavors,” Toler said.

“Honestly, we feel that if someone enjoys cider, they might move to sweet wines and upgrade their palate to higher-end wines,” he said.

Chateau began considering a brewery operation last year, but the infrastructure to make and sell beer is still another one to two years away, Toler said.

“It hasn’t been on the front burner. The cider opportunity appeared, so we decided to go with the cider route first,” he said. But “you see the popularity of craft beer now, and we just felt it was something we needed to look at.”

The winery’s beer license application, which is still pending, was filed in February 2015.

It created a company called Chateau Morrisette Cider Works to represent its cider operations, and it plans to start its offerings with 3,200 12-ounce bottles of each kind of cider: a cherry ginger cider, a chai cider and barrel-aged dry cider, each with an alcohol content of no higher than 7 percent.

The ciders will be made with apples picked from the Silver Creek Orchards in Nelson County.

Chateau will exclusively sell and sample its ciders on site before determining if it wants to roll the beverages out on a much larger scale. Toler said the winery is in discussions about potential cider distribution.

Although the ciders themselves will be made at the winery, the bottling and carbonating will occur at Chaos Mountain Brewing in Franklin County.

The number of operating breweries in the U.S. grew by 15 percent in 2015 to 4,269 breweries, according to the latest report from the Brewers Association, a trade group that represents small and independent American craft brewers. The group described that number of breweries as “the most at any time in American history.”

The Brewers Association also described the South as one of the fastest growing regions, noting Virginia as among the four states that each saw a net of increase of more than 20 breweries. 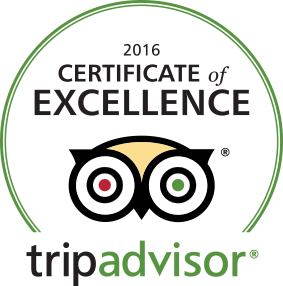 A review highlighted by TripAdvisor for August noted,

Nestled away in the lush western Virginia countryside is Chateau Morisette Vinery. We discovered their wine about ten years ago and finally got to see the source. The friendly welcoming staff greets you and treats everyone as valued guests. A large variety of wines are offered to sample and purchase. You can take a detailed tour of the facility as well. We really enjoyed the entire experience and plan to make it a regular part of our itinerary when traveling on the Blue Ridge Parkway in Virginia. It is well worth the time.

The Journey of a Black Dog through bottling.

Thanks for the video to Christy, our shipping manager. Keep your eye on the bottle with the paw print ribbon!

Harvest With the Dogs: A Hands-On Vineyard Experience

Floyd, VA, August 3, 2016 – Chateau Morrisette Winery will offer an immersive vineyard experience for the first time on September 24, 2016.  The program is designed to engage wine enthusiasts in the process of harvesting grapes and making wine, providing participants with both education and hands-on training during a half-day session.

Guests may choose to participate in either a morning of afternoon experience.  It begins with an informational briefing from the Vineyard Manager, Steve VanSutphin.  “I will cover viticultural topics including planting, pruning, trellising, canopy and soil management, to name a few,” VanSutphin said.  Participants will learn standard harvest techniques and will be provided with clippers and a grape lug to try their hand at the traditional harvest.

Once the harvest is complete, the grapes will be transported to the cellar crush pad for processing.  Participants will meet with the Winemaker, Brian Smyth and learn all about the crushing process.  The grapes will be pressed and turned into juice.  “While time will not allow us to actually begin the fermenting process, I will discuss how that process works once the juice is made,” said Smyth.  Each guest will take home a bottle of juice from the day’s harvest.

As with any harvest, this vineyard experience will take place rain or shine.  Guests should come prepared with proper shoes and clothing.  The cost of the program is $70 per person and includes presentations, equipment, lunch in the vineyard and souvenir items to take home.  The program is offered at 10:00 AM or at 1:00 PM.  Reservations are required and tickets may be purchased on the website at www.TheDogs.com.  Participation is limited to 34 guests during each session.

For tickets and additional information, click here Harvest With The Dogs: A Hands-On Vineyard Experience at Chateau Morrisette Winery

Château Morrisette has retail distribution throughout Virginia, North Carolina, West Virginia, Tennessee, Georgia, South Carolina and Kentucky. The winery and restaurant is located at milepost 171.5 on the Blue Ridge Parkway in beautiful Floyd County, Virginia. For more information, visit www.thedogs.com, call (540) 593-2865, or follow us on Facebook.